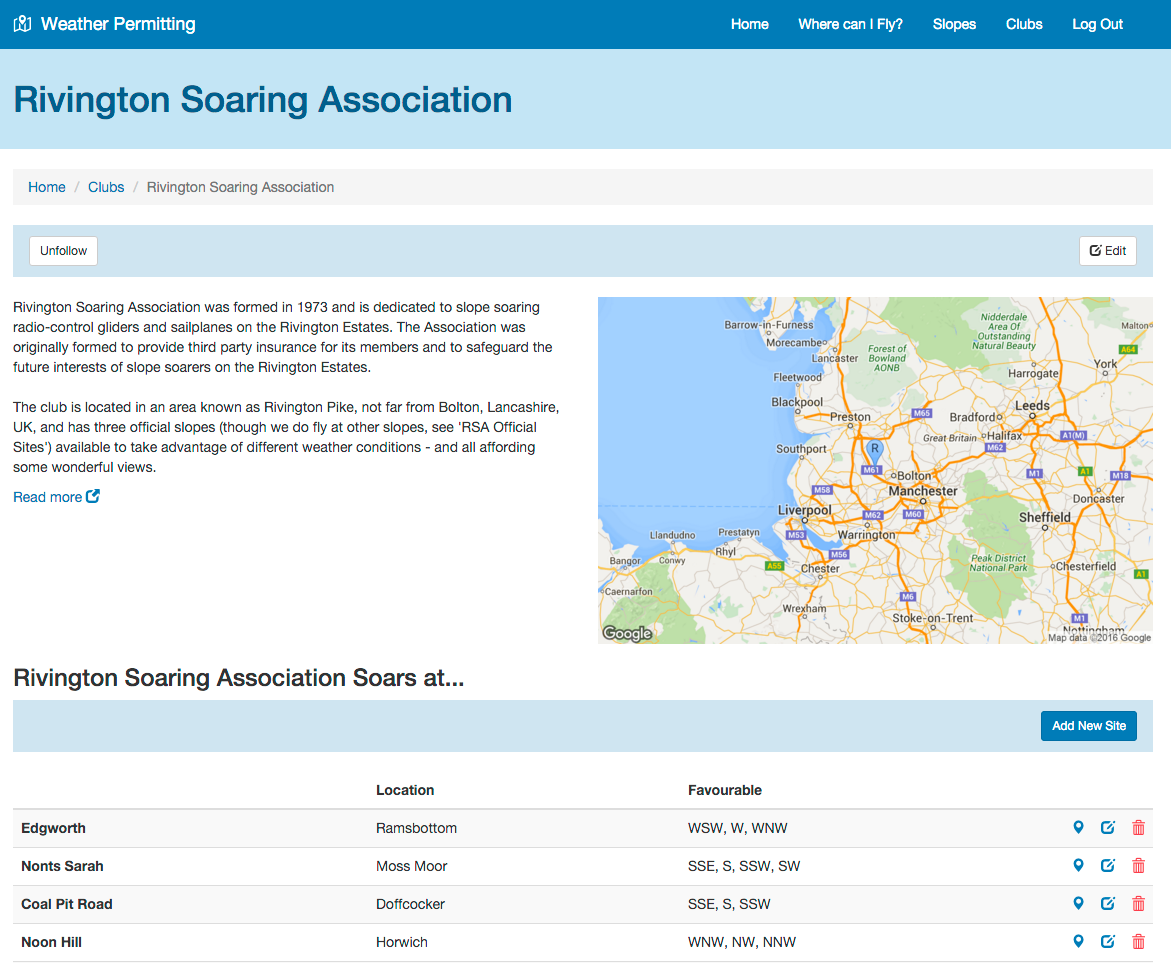 The new Clubs feature is here at last. It turned out to be a much more important part of the site than I had envisaged, with many people holding back from adding their slope soaring sites because they felt that their club needed to grant permission.

Clubs on Weather Permitting will resolve that issue, allowing the club maintainer to add their club slopes to the site and maintain the information that is held on them. They will be able to designate the ownership of the land on which the slope resides, and make clear their policy on non-members slope soaring on the site.

Club maintainers can "claim" existing Sites, and users can Follow clubs, which automatically includes the Club's Sites amongst your other Followed sites.

The importance of ownership

It's important that club entries are accurate, and the best way of ensuring that is to allow committee members to take ownership of their club's entry in Weather Permitting.

When a new club is created, the submitter is asked whether they have authorisation from the club to maintain the entry on their behalf, if they do not, they are required to input a list of committee member's email addresses. An email is sent to those addresses requesting that one of them take ownership of the club.

At the moment, users simply follow a club, which makes them a member. I've had a rethink and that's not the best way about things as it doesn't allow the club to manage their members. I'll be changing this in the near future.

Finally, I can imagine that there are some sites that whilst might "belong" to your club, you have no interest in flying at, so at some point I'll want to devise a way for users to ignore some club sites. This isn't a small task though, and I'm mindful of not investing too much time into a feature nobody has asked for yet.